Iran is the Cheapest Destination in the World![1]

According to the report, Iran is the 89th country in the world in the field of tourism and travel, and is ranked 11th among the 15 countries in the Mena region. One of the indicators examined in travel and tourism policies is the price competitiveness index. Changes in the exchange rate in Iran have made it rank first in the world in this index. Low airport tolls, cheap fuel and high purchasing power of foreign tourists in Iran, caused it to rank first in terms of price competitiveness. In addition, natural and cultural resources are another strength of Iran in attracting foreign tourists.

Despite having significant capacities in tourism, Iran has not been able to use these capacities as they should be. The tourism sector accounted for 4.2% of GDP in 2020, compared to 7.5% for Qatar and 7% for Saudi Arabia.

The MP emphasizes: The statistics of tourists and their arrival in different countries in the world are calculated based on hotel accommodation, but we calculate these statistics based on crossing the border.

Rejecting the statistics of 5 million tourists mentioned by Iran’s Cultural Heritage, Tourism and Handicrafts Organization, he added: “Many of these 5 million tourists who have been registered have only crossed our borders but have not stayed in the country even for one night.” That is why the World Tourism Organization has calculated the number of foreign tourists in Iran to be about one million.

According to the Director-General of Iran’s Tourism Monitoring and Evaluation of the Cultural Heritage in 2017, the tourist population was five million 113 thousand 524 people, which compared to 2016, with 4,901,084 passengers, experienced a positive growth of 4.23%. He also added that the total number of tourists who traveled to Iran from the European Union in 2017 was 257,219, which was slightly higher in 2016 to 289,148.

One of the recent concerns of travelers worldwide is the corona regulation in their destination country. Iran has made it easy for travelers to enter this mesmerizing land. Vaccinated passengers are exempted from submitting a negative corona PCR test certificate upon arrival and travel to Iran. According to Iran’s authorities, all passengers over the age of 12 are required to present either a valid certificate of two doses of the corona vaccine (digital vaccination card) or submit a negative PCR test result with 72 hours of validity when entering Iran. It is worth mentioning that the answer to the PCR test and the vaccination card must be in English and have a QR code. 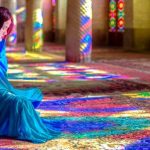 The tourism industry has become one of the...