The tourism industry has become one of the leading industries in many developed countries and even Middle Eastern countries due to its numerous advantages, economic growth, and development opportunities. As the number of tourists globally is projected to reach 1.8 billion by 2030, governments and stakeholders are paying close attention to infrastructure, priorities, standards, and issues in this area[1].

In Iran, this four-season country, a wide range of tourist attractions are available at any time: tourists can go skiing in Dizin, travel to the white sandy beaches of Hormozgan for sunbathing, explore the untouched rainforests of the northern provinces, spend nights in the unique central deserts, visit stunning mosques and be mesmerized by the Persian architecture and history. However, despite its great potential in tourist attractions and biodiversity, Iran has not yet had a good position in attracting tourists.

Is Traveling to Iran Safe?

The results of a study by the International SOS Institute show that Iran’s level of safety in 2020 for foreign tourists is high and similar to countries such as England, France, Sweden, Oman, UAE, Uzbekistan, China, the USA, and Canada[3]. This shows that Iran has effective safety services. In fact, according to the same institute, Iran is one degree more secure for foreign tourists than Turkey, Saudi Arabia, and Russia.

In addition, in recent years, and to attract tourists, the stamp of entry into Iran and departure from the country is not inserted in the passports of foreign travelers so that the history of travel to Iran does not pose a problem for their future trips.

The World Economic Forum categorizes countries into four categories: Europe and Eurasia, Asia and the Pacific, the Middle East and North Africa, and the United States. In general, the forum examines countries in four areas: “Environmental Empowerment,” “Tourism and Travel Policies and Conditions”, “Infrastructure”, and “Natural and Cultural Resources”.

According to the report from this forum, Europe and the Eurasian region are still at the forefront of the tourism industry, with six of the top 10 countries in the European tourism economy. The area has also seen the highest growth rate since 2017, with Serbia and India having the highest percentage of economic growth in tourism.

The Middle East and North Africa regions are also the third most developing regions globally. Only the UAE is among the top 35 countries in these regions, and Egypt has the highest progress among these countries compared to the previous report in 2017 and is ranked 65th. The Persian Gulf countries recorded acceptable growth in environmental preparation and infrastructure.

The MENA region (the Middle East and North Africa) consists of 15 countries and is attractive to adventurous tourists. In the ranking of this forum, Iran is, in fact, the thirteenth country in the region, and only Kuwait, Lebanon, Algeria, and Yemen have worse conditions than Iran. In the total ranking, Iran occupies 99th place out of 141 countries in the Global Competitiveness Index 4.0 2019 edition report.

According to the World Economic Forum, the growth of tourism in the region is due to the Arab countries around the Persian Gulf. On the other hand, among the countries of the MENA region, Iran is ahead of others only in two indicators of natural and cultural resources and low travel prices. Accordingly, Iran is in a better position than Yemen in the “business environment” and “health and hygiene” with an index of 3.9 and 5 (out of 100). In “safety and security”, Iran’s index is also 5.6, which is only two tenths higher than the regional average.

When it comes to infrastructure, Iran has serious problems. For example, Iran’s airports have a score of 2.5, while the regional average is 3.3, and in terms of passenger service, Iran has the worst score after Yemen. However, the only acceptable and good indicator of Iran is in cultural and natural resources, both of which rank first in the region. Despite all these facts, the country has great potentials that can be used to attract tourists.

Top things to do 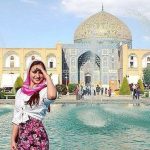 Iran is the Cheapest Destination in the World![1]...