Everything You Need to Know About the Venues

Are you ready to come to a rich country surrounded by water on three sides? Enjoy the world’s most exciting football event, and cheer on your favorite team at the World Cup?

The 2022 FIFA World Cup is an international football competition that pits national teams against each other. It will be held in Qatar between November 21 and December 2022.

Qatar, a beautiful peninsula in West Asia, host of the 2022 FIFA World Cup, has a population of over 2 million and is surrounded by the Persian Gulf. Qatar is bordered on the west by Saudi Arabia. The Gulf of Fars serves as Qatar’s maritime border with Iran, Iraq, Kuwait, Oman, and Bahrain, one better than the other. As one of the most expensive countries in the world, Qatar offers the most breathtaking landscapes that will enrapture the guests of the 2022 FIFA World Cup.

Doha, the capital of Qatar and a city by the sea, impresses every visitor and traveler with stunning sunrises and sunsets by the sea, breathtaking stars on dramatic desert nights, sand, surf, amazing coastlines, magical beaches, magnificent modern buildings, royal hotels, luxurious shopping malls, and restaurants.

If you want to travel to Qatar, the host of the World Cup, and learn all about the 2022 FIFA World Cup and football stadiums. In this case, we suggest you to read the entire article. We will keep this article short but perfect.

Let us take a look at the most important information about the 8 impressive stadiums of 2022 World Cup, which will leave an unforgettable impression on every football fan. Eight stadiums in five cities of Qatar are being built or renovated for the upcoming tournaments.

Khalifa International Stadium, the large and massive arena for football matches, was originally built in 1976 and is Doha’s historic and national stadium. With a total capacity of 50,000, it is one of the largest football stadiums in Qatar and the main venue for international football tournaments. As Qatar has a desert climate, the stadium is air-conditioned for guests and players.

Secondly, Al Thumama Stadium has an excellent design and a capacity of over 40,000. One of the most important aspects of Al Thumama Stadium design is the historical and cultural symbols of Qatar. The design looks like the Gahfiya, a traditional Arab hat popular in the Persian Gulf countries. This stadium is located 12 km south of Doha.

The third and largest stadium, Lusail, originally nicknamed Lusail Iconic Stadium, has an incredible capacity of 80,000 spectators and is located in Lusail, 14 miles north of Doha. It will host the opening match and final of the 2022 World Cup in the heart of the desert.

Fourth on our list is Al Bayt Stadium, the most beautiful stadium for the 2022 World Cup matches. Located in the coastal city of Al Khor, Al Bayt Stadium has a capacity of 50,000 and a unique design based on the traditional tents of the nomadic tribes in Qatar. It is the venue for the opening ceremony of the FIFA World Cup.

Next up is the 40,000-capacity Al Janoub, just 20km north of Doha, one of the four venues for the 2022 World Cup. It was built specifically for the World Cup and designed by Iraqi architect, artist, and designer Zaha Hadid. The stadium’s appearance is reminiscent of the traditional dhow boats used in the Persian Gulf.

The Al Rayyan Stadium, with a capacity of 40,000-seat, to be built in 2020 and known as Ahmed bin Ali Stadium, is another venue in a neighborhood of Al Rayyan that will host matches during the World Cup.

One of the most notable stadiums is the Education City Stadium called “Diamond in the Desert,” with 40,000 seats, built in the shape of a jagged diamond and scheduled to open in 2020.

The other stadium with an eye-catching design and 40,000 seats is Ras Abu Aboud, which is under construction. This football stadium promises to be one of the most attractive stadiums for spectators and athletes. It will be opened in the next few months.

You know all about the 2022 World Cup venues, but we think you should also know a little about the region you are planning to visit.

Iran is located on the northern coast of the Persian Gulf, as an ideal travel destination with an abundance of unique natural beauty, wonderful mountain landscapes, rich culture, diverse food, impressive architecture for art lovers, and forest areas. Iran is admired for its truly generous and very nice people.

Now, which country would you like to choose for your unforgettable destination? 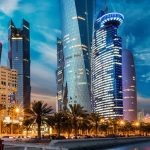 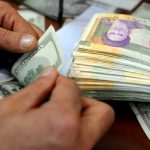 Money and Costs of Traveling to Iran

Qatar Geography  Qatar is located in the Middle...